Located in the Cenmtral Vietnam, Da Nang is famous for beautiful beaches ( R & R beach) and lovely resorts such as Intercontinential Da Nang Sun and Peninsula, Pullman, The Furama, Hyatt Regency . The coastal city is harmonious combination of traumatic past and high-rise future, geographic favor and honest residents and defined with various cultural and architectural heritages.

The city on the tremendous developing highway for past few year once was heavily bombarded by American Arm forces. It is favored on the close location with 3 other heritages sites of ancient capital Hue, Hoi An town and holly land of My Son.

Some streets in Da Nang City are recognized as the best through the nation. One of them is Bach Dang with 3 km long it connects Nguyen Van Troi Bridge and Han River. Walking down here, passenger could enjoy the splendid views modern yet peaceful city of Da Nang.

1.Cham Museum  located at the downtown center: Founded in 1915 it hosts a valuable collection of stone sculptures and Hindu- practicing civilization
2.Marble Mountains, also called Monkey Mountain : 9 km from Da Nang to the south, it include Wood, Water, Fire, Earth legendary mountains.Especially, This hill has the tallest statue of Lady Budha ( 67m) in Vietnam
3.Han River :the charming river are used as the symbol of Da Nang
4.Ba Na Mountain Resort has attracted a lot of tourists with  the non-stop longest cable car systerm 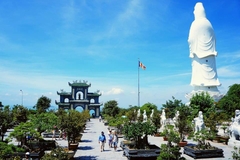 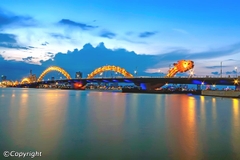 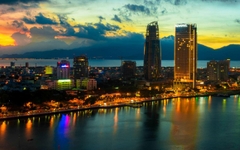 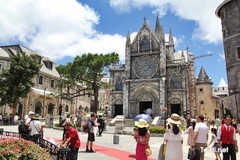 Bana Hills is one of the most  famous attractions in Danang, Vietnam in which you...

Da Nang is a charming beach city in Central Vietnam. Population of Da Nang around ...

Where to enjoy nightlife in Hoian

Da Nang boasts a stunning coastline which stretches for over 90km.  It includes the majestic...

1. GOOD EATS The central coast of Vietnam, from Danang to Hoi An, is the country’s...

Famous Full Moon Festival: First thing to note is it’s not like the full moon parties...